Agate Crystal has a dreamy quality with signature bands made up of mineral deposits layered in a perfectly circular symmetry around its circumference. Agate, the crystal of the week, can be found in Australia, The United States, India, Morocco, Czech Republic, Brazil, Africa.  Sometimes agates are named because of their formation type, such as a Geode agate. In other cases, they are named after the location in which they are found, such as Brazilian Agate. Sometimes, it is a combination such as a Brazilian Fortification Agate. Some of those varieties of agate are Dendritic Agate, Fire Agate, Crazy Lace Agate Blue Lace Agate, Botswana Agate, Moss Agate and the amazing Thunder Eggs, but there are so many more varieties and different Shapes.

Agate mineral rocks are one of the most long-appreciated natural gemstones with a history that goes all the way back to the Neolithic era. For example, the Babylonians believed the properties of Agate could be used to dispel evil energy and would place it around their home accordingly. Persians thought that agate could be used to defend against a storm. They did this by burning the agate (which is not recommended nowadays) Similarly, Islamic cultures believed that Agate helped ward off evil eye and tragedies and Egyptians thought the stone helped protect against natural disasters and could deliver powers of speech. One of the most famous pieces of agate comes from Ancient Greek times and is known as the Pylos Combat Agate. Despite being less than one and a half inches wide, it depicts a warrior in hand-to-hand combat. It is said to date back to around 1450 BCE.

Each variety shares the agate benefits that are at the heart of agate meaning; however, each different agate variety adds its own agate properties for enhanced agate meaning.
A Thunderegg is classed as an agate as well. A thunderegg (or thunder egg) is a nodule-like rock, like a filled geode, that is formed within rhyolitic volcanic ash layers. Thundereggs are rough spheres, most about the size of a baseball—though they can range from less than an inch to over a meter across. They usually contain centres of chalcedony which may have been fractured followed by deposition of agate, jasper or opal, either uniquely or in combination. Also frequently encountered are quartz and gypsum crystals, as well as various other mineral growths and inclusions. Thundereggs usually look like ordinary rocks on the outside but slicing them in half and polishing them may reveal intricate patterns and colours. A characteristic feature of thundereggs is that (like other agates) the individual beds they come from can vary in appearance, though they can maintain a certain specific identity within them. Similarly, a thunderegg is just one of the forms that agate can assume.

A geode is contained within an outer form. When opened, it is hollow with many crystals pointing inward. Geodes are essentially rock cavities with internal crystal formations or concentric banding. The exterior of the most common geodes is generally limestone or a related rock, while the interior contains Agate with other minerals mainly quartz or chalcedony deposits. Other geodes are filled with crystals, being solid all the way through. These types of geodes are called nodules. Agate geodes carry the same healing powers as all other agate crystals. In addition, most geodes contain other minerals, thus carrying the powers of all minerals contained within. Geodes hold and amplify energy within themselves. Due to their rounded, cave-like shape and numerous terminations, they diffuse the amplified energy, softening the energy but not neutralizing it, allowing it to flow out slowly if required. They are useful for protection and aid spiritual growth. Geodes assist in breaking addictions and are beneficial for an addictive or overindulgent personality.
You can find agate Geodes containing Tourmaline, Quartz points and Calcite, Spirit Quartz some Amethyst caves have agate inclusions in them;

Agate has some amazing healing properties. Agate is a master healer that bridges the distance between body and soul. Its stabilizing nature brings emotional, mental, and physical balance. Along with its supportive energy, the Agate stone has been long admired for its incredible beauty. Agate is one of the best crystals to work with to achieve a calmer, more balanced state. This crystal’s soothing, grounding energy and can help guide you out of a state of panic or overwhelm, and helps you get re-centred.
What gives the Agate stone its incredibly powerful grounding abilities is its availability in different colours, including a palette of white, purple, black, grey, yellow, pink, red, and brown.

Agate can come in many shapes and sizes; slices are quite popular and can be used for Coasters or display pieces and many more uses.
Some amazing pieces that have been made from agate are lamps, tealight holders, spoons, knives and forks, standing geodes, wind chimes, butterflies, bookends, key chains, pendants and so many more…. Amethyst has come to be known as a power crystal with prolific healing powers which can be characterized as purifying, pacifying and transitional. Amethyst has been associated with the ability to transform lower energies into higher and to act as a healer at all levels of mind, body and spirit.
Amethyst is an extremely soothing stone, and is good for psychic and spiritual development, bereavement and letting go of unhealthy thought or behaviour patterns. It is powerfully healing and cleansing and can be used to block geopathic stress and negative energies in the environment EMF Protection EMF Protection. Like it or not, by simply living in the modern world, you are exposed to all kinds of electromagnetic frequencies. The good news is there are several ways to eliminate or reduce the EMFs around you; one of our favourite forms of EMF protection comes from crystals. Shungite is great for… Why do crystals need cleansing? Cleansing crystals regularly is necessary as they will absorb negative energy.  Therefore, it is a good idea to purify them on a regular basis. It is likely that your crystals may absorb vibrations not only from you but from anything in the environment where they are located. To create positive energy… Aqua Gems Why Aqua Gems Water? Drinking water charged with crystals like Aqua Gems is one of the easiest ways of integrating the healing energy of crystals into our body on a cellular and vibrational level much like that of homeopathic remedies which have been considered over thousands of years as a healing aid. We… 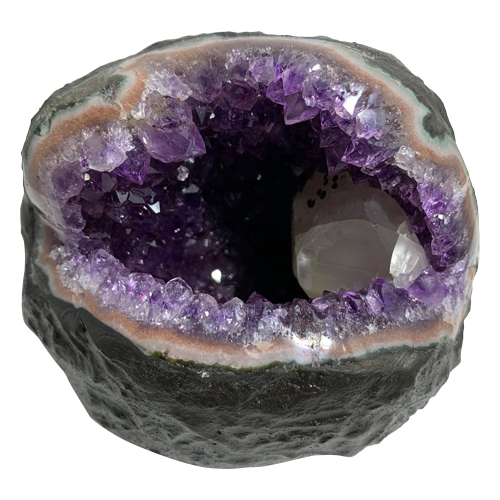 Menopause and Crystals Crystals for menopause provides information on how crystals can help with the symptoms of menopause. Menopause can be defined as the cessation of menstruation, which is the shedding of the uterine lining. The average age for menopause to happen is 51-55 years old. The symptoms vary from woman to woman and can…